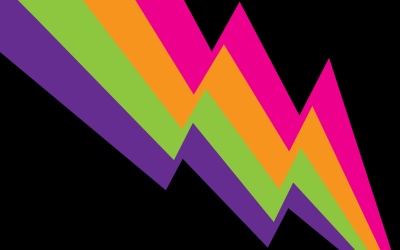 Someone else: Memes aren't art.

here's a fond memory: a few years back, a kitten got trapped in the alley behind my building. My wife and I called ASPCA and they told us to kindly get bent, so we called 311. They dispatched 2 cops, who proceeded to stomp their wet boots all over our apartment before spending 45 minutes failing to scale a fence, then they went back to the precinct.

Again: The city sent Big Meathead Gun Bois to rescue a kitten, AND THEY COULDN'T DO IT.

@trappleton Facebook (blergh) or Meetup. If you can find your local DSA chapter, they may have info (they work closely with community organizers here). if you know people who have organized other protests for economic equality or the like, they may have info too. different grassroots organizations dedicated to social justice are a good way to start. if you're not sure who is out there, look at who has endorsed progressive candidates in your city and go from there.

I'm embarrassed to ask this, but: if I wanted to responsibly join protests here in NYC, how can I find out where they're happening? I'm in Manhattan but I live in a very sleepy neighborhood.

content warnings are good but jeez don'tcha think we need a "expand all replies in thread" button? it's 2020 for gosh sakes

Imagine believing that the general population is constantly within a hair's width of breaking out into violent crime, and the only thing holding back that tide of disorder is You, Angry Whiteman, and your Gun

not bringing this up for any reason, but in dungeons & dragons, ball bearings are an easy way to control the battlefield against large groups of enemies by rendering large areas of difficult terrain

a week of riots accomplishes more than decades of "just vote and donate!"

One of the wildest things rn is seeing (right wing) libertarians standing up for the police state like bro... bro... your libertarianism starts with being able to say slurs and ends when people don't want armed agents of the state to kill black folks?

you can cite all the stanley milgram, stanford prison, psych 101 studies you want, but I don't think that gives a full explanation of the contemporary cop's psychology. the world we live in is one where the researcher is telling the participant, "DON'T TOUCH THE DIAL, YOU'RE KILLING AN INNOCENT PERSON," and the participant cranks it up to 11.

What even is the mind of a person who thinks that way? How do you explain tens of thousands of those people acting in concert?

hey so here's something cool, if my dog has to pee or poop between the hours of 8pm and 5am, I guess I just have to let him shit in the bathtub or something? unless i want to risk a $2,500 fine? nice. nice. this makes sense and is good

its immoral to be rich

HEY, rubber bullets aren’t made out of rubber.

they are metal bullets coated with a thin layer of rubber. the cops obviously know this. they aren’t non lethal. they are not meant for close range.

they were invented as a way to break up riots by firing the bullet at the ground with the intent to bounce into people’s legs without much injury and are expected to produce contusions, abrasions, and hematomas in those cases but they can kill.

TFW arresting officers will not slow anything down.
The president was impeached.
Zimmerman has been charged multiple times.

omg this is so far off the rails

Follow-up: my parents were actually reasonable and not only did we agree on the objective facts of reality - that itself seems so rare, in general! - but they spoke about (current) police brutality as the unconscionable crime that it is! 😄🌼🌸🌼

This sounds ridiculous but I feel like there's a popular figure -- real or fictional -- whose message was entirely about simple human kindness. I cannot for the life of me remember who I'm thinking of. Mr Rogers is close, but it's someone else. Any guesses, anyone?