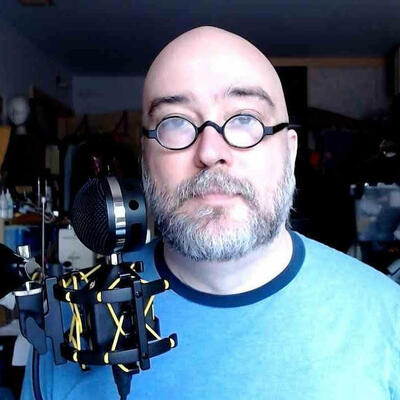 When we’re at Avenue of the Giants we go to Eel River Brewing. This year is no exception.

Their “Rum Runner” stout is bonkers. Aged in spiced rum barrels it’s sweet and roasty and bitter and 12% alcohol. It does not lack spiced rum flavors.

I promise some day I'm going to toot about more than just social platforms, but today isn't that day yet.

I don't care for the "react" function in social platforms. Except for the "care" emote in Facebook (a great bit of "I want to say something, but I've got nothing to say that could make things better" shorthand), I just don't use the react functions. I would rather just reply.

In Twitter and Mastodon, "favourite" is useful for stuff you want to review later. But I still don't care for them.

I never "liked" Twitter. The way it works it never clicked with me.

We'll see if something about Mastodon changes my mind on this free-flow format.

#introduction Hi, I'm Andy, I'm an ex-Midwesterner living in the San José. By day I manage a collection of communications and infrastructure services for a pretty big university.

Costumes and apazines brought me into the fannish community. I work on science fiction conventions here and there, and often help non-profits get free and discount IT tools.