You want to know the value of Mastodon over Insta? Posted this on Instagram to the 15k followers I have there, properly tagged. 29 likes, no comments.

Masto? *So* much engagement. So much fun discussion. So much more community.

Numbers don't mean squat if you don't have the follow through. I've never sold a single piece of art through Insta. People on Insta like passively browsing through images and tapping the heart. For an artist, it's a useless audience.

Further, I have a colouring book published through Barnes & Noble and a big art licensing firm in the US that represents me. Neither of these found me through FB, Insta, or Twitter. The only people who reach out to me with 'business opportunities' on Insta are accounts entirely unrelated to mine offering me 'influencer opportunities'.

Meanwhile, people here don't just buy art that I post for sale, they ask if they can buy art I haven't even listed. "Supportive" is an understatement.

@welshpixie yes! omg this is so true. I never feel like I'm posting into the void here. People talk to each other and help each other and treat each other like people rather than content factories.

I try to commission art from other fediverse users when I can and I've been so happy with the results.

And as a writer, my crowdfunding has been funded and my books have sold almost entirely on the strength of my friends and community here.

@welshpixie It's definitely reciprocal -- I don't think people should come here expecting to cross-post from twitter, never engage, and get the same kind of community support. Like you need to be *part* of a community to have it's support.

But 100 followers here is surely worth 100x that elsewhere, because that's 100 people who actually want to talk to you and hear from you. 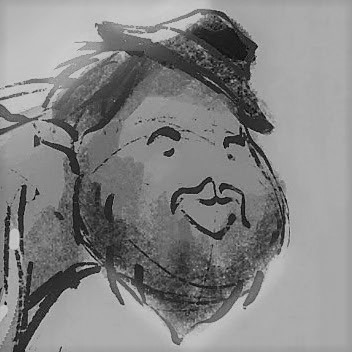 @vicorva and if they really feel like they need to cross-post, they should do it the other way around.
Seeing posts that adopt Twitter's post length and lack of content warnings is what frustrates me the most about cross-posting. Lack of image descriptions too, but since Twitter actual supports them nowadays, that's more a cultural thing than a technical limitation.
(Invalid at-mentions because they try to mention a Twitter account as if it were a local account are also somewhere on that list...)

(If one just wants people to read what one writes, without wanting to interact, one should just start a blog with RSS feeds instead.)
@welshpixie

@FiXato @vicorva @welshpixie most of us that cross post from Twitter, check here more than Twitter. It makes it easier to check notifications here, then logging on to Twitter. As for the other points, that is entirely valid, but to say that everybody just cross post without checking the notifications here is absurd. It could also be possible that I am the exception to the rule. When I cross post from Twitter, it makes it far easier to check notifications here, then logging on to Twitter, which I would think is what you would want, to make it easier to logon here and not logon to Twitter? Also, you have to understand that the new people coming from Twitter don’t know the etiquette yet. if this is passive aggressive anger at new people coming into your very insular platform, then just come out and say that you don’t want mastodon to be widely adopted. This passive aggressive anger is not necessary when it would be far easier to just say that you don’t want people to migrate from here to Twitter in their own way, you want them to migrate your way and your way only and completely assimilate into the community without having a few growing pains. I would also strongly suggest that you move to a smaller instance that blocks these larger instances so you don’t have to see the Twitter refugees

@weirdwriter @FiXato @welshpixie I can't speak for FiXato but I didn't take it that way. There is a very common phenomenon of people using Mastodon as an extension of their twitter platform and not really engaging or responding here, which is what I took this as referring to.

Additionally, I don't think it's unreasonable to say 'I don't like this' or 'I wish people did things this way'.

@vicorva @weirdwriter @FiXato My personal experience - whenever I've tried to engage with people who cross-post, I get nothing. Looking at their mentions, there's no conversation going on. A lot of people create an account here, set up cross posting, maybe follow some relevant people, then just leave it. Obviously this isn't a 100% use case, but that's very largely been my experience of it. If you're an exception, then great, more people like you please :)

@welshpixie @vicorva @weirdwriter @FiXato I'd like to note that both V and I cross-post to Twitter, and we're very much active on Fedi. 😊

I have certainly seen the phenomenon of "person gets fedi account, sets up a crossposter, forgets fedi exists". For years, I didn't cross-post because of that.

But I've seen more accounts who are active on both and respond to both. I decided to start cross-posting after seeing how well people like V handled it. 😊

I have several mutuals that I follow on both Twitter & Fedi, even though they cross-post, and I find it really never bothered me to see the same posts on two sites. I think it's because they're mutuals and we interact.