COBOL programmer. Tend to assume I'm the smartest in the room. Write like I'm running out of time. She/her.

I've been knocking around here for a while, but given the influx of new and returning folks it can't hurt to do an #intro

I am middle-aged and British and increasingly left-wing. I work as a programmer, primarily using COBOL, which I love with a passion it probably doesn't deserve.

I knit and I crochet and I sew (both embroidery and dressmaking). I write SFF stories, in theory, though that's been difficult in the past couple of years.

I don't often say a lot, but I do try to listen

I knitted something that's not a sock! I had a lot of leftover aran-weight acrylic from the crochet dragon, so I thought I should try to use some of it up @fiberarts #knitting

There was a time when it seemed like all of my friends were getting married.

There was a time when it seemed like all of my friends were having babies.

@fiberarts Finally finished this pair of socks. I really love the colour and the way the diagonal ribbing looks on the instep

Took a trip to Ikea to get some shelves to fill an otherwise dead space in my office/craft room. So now I have somewhere that isn't my desk to put Lego and plushies

First toe-up sock completed with first ever bind-off. The hexagonal texture on the leg is why I chose this pattern for this yarn, because the honeycomb was too perfect. Now I just need to make a second one to match. #knitting @fiberarts

Spent a couple of hours swearing at my work computer before finally figuring out the issue was that I was one folder too high in the structure, so although it would show me all the necessary files it refused to recognise they were there to run them properly. Never had issues like this on the mainframe

The yarn stash has been well and truly replenished, thanks to today's Yorkshire Yarnfest

Managed to rescue the fly front from last night's disaster and redo it the right way around. Having some issues with skipped stitches on the top-stitching though. Not used to #sewing with the thicker thread

Made the first half of a fly front last night. Woke up this morning to the realisation that I had in fact attached it backwards >.< 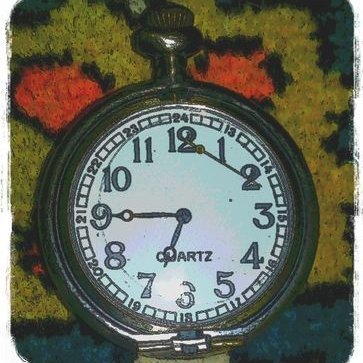 ok, humans, i need your help. four to six years ago i read an essay about christina rosetti's goblin market and the victorian practice of putting toxic substances into food to make them look prettier. I've been wanting to reread it for years, but haven't found it. Do you know it?

I thought too loudly about standing up and fetching my knitting. It never fails

@fiberarts The sock foot is finally long enough, so transferring to DPNs for the toe decreases

Contrast topstitching is not at all stressful for a deeply anal-retentive sewer...

So... Eurovision happened. Think the whole of the UK is pretty gobsmacked right now... #esc

Somebody popped up and left nice comments on my fanfic this evening. Maybe I'll finally get around to finishing part three at some point...

Not quite as much progress as I was hoping for this week, thanks to the needle breakage, but it's past the gusset decreases and into the main part of the foot. The instep continues the 2x2 rib, but rather than inverting it uses pairs of increases and decreases to make the ribs flow diagonally across the foot. The other sock will have them going in the opposite direction @fiberarts

The needles arrived, and the teeny crochet hook was aces for rescuing the dropped stitches, so the blue sock is now saved. Just need to knit it off the broken needle and onto the new one

In the meantime, the toe-up sock now also gets to be the work sock

Replacement needle is ordered. Considered going for a metal one to avoid snapping it in the future, but it turns out the short circular I use doesn't go thin enough in the metal version. Took the opportunity to also get a couple of other things I'd been considering for a while, including a teeny crochet hook which should now be helpful for rescuing the dropped stitches

COBOL programmer. Tend to assume I'm the smartest in the room. Write like I'm running out of time. She/her.